Give your Chex mix a sweet twist with this funfetti Chex mix recipe! It not only makes a great party snack, but would also be a fun after-school snack for the kids!

With only 4 ingredients, funfetti Chex mix is one of the fastest party snacks you can whip up.  There is something about the crunch of Chex mix combined with a sweet, powdery coating. Funfetti Chex mix is coated with melted almond bark, then toss with funfetti cake mix and sprinkles. How fun is that! It is sure to be a hit with the kiddos! 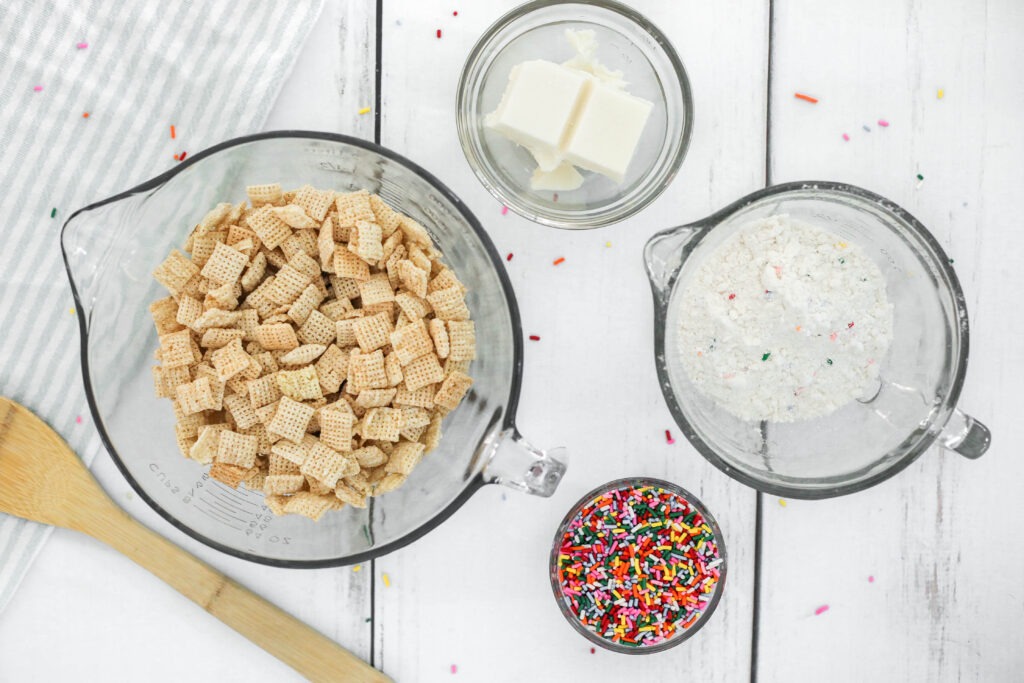 How to Make Funfetti Chex Mix

To begin making funfetti Chex mix, measure out 4 1/2 cups of Rice Chex mix. Secondly, begin melting the almond bark. Keep in mind that almond bark can burn pretty easily, so you want to heat it up in the microwave in small increments of time. Start with 30 seconds, then give it a stir, and heat up again in 15 second intervals until smooth.

Alternatively, you can also heat up the almond bark with a double burner on low heat, but the microwave method is much easier in my book! 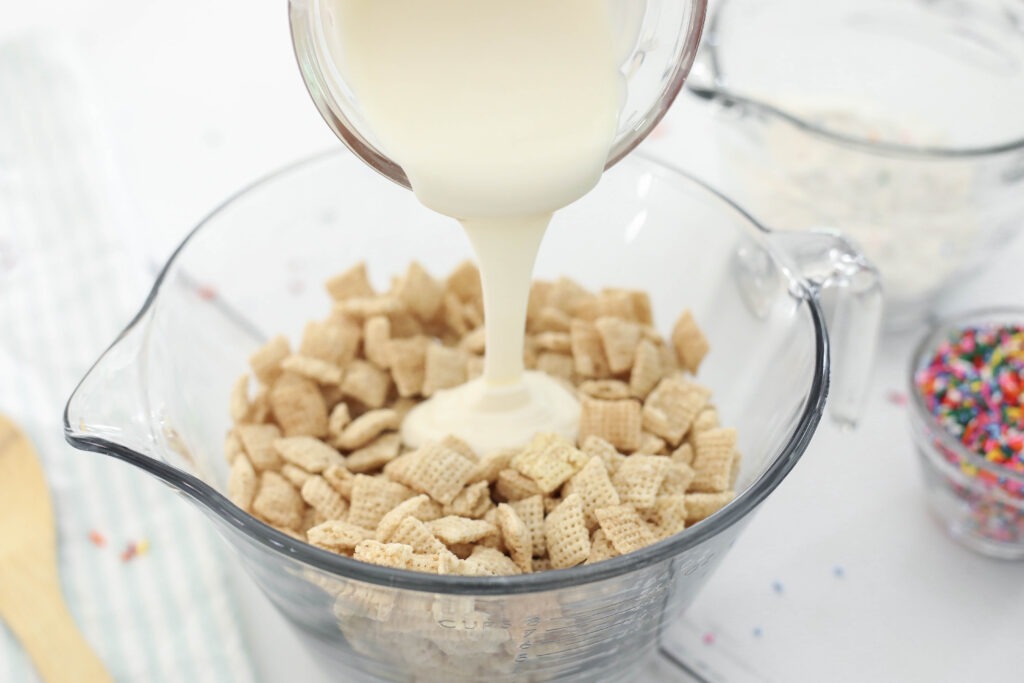 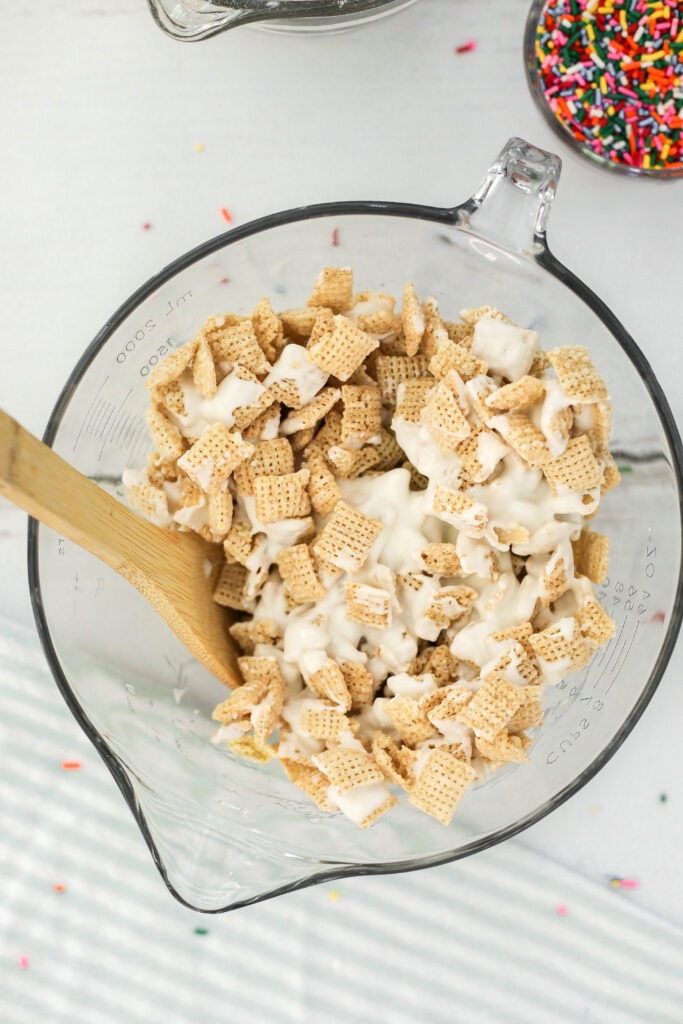 Next, add the sprinkles in the bowl and gently stir again until incorporated. 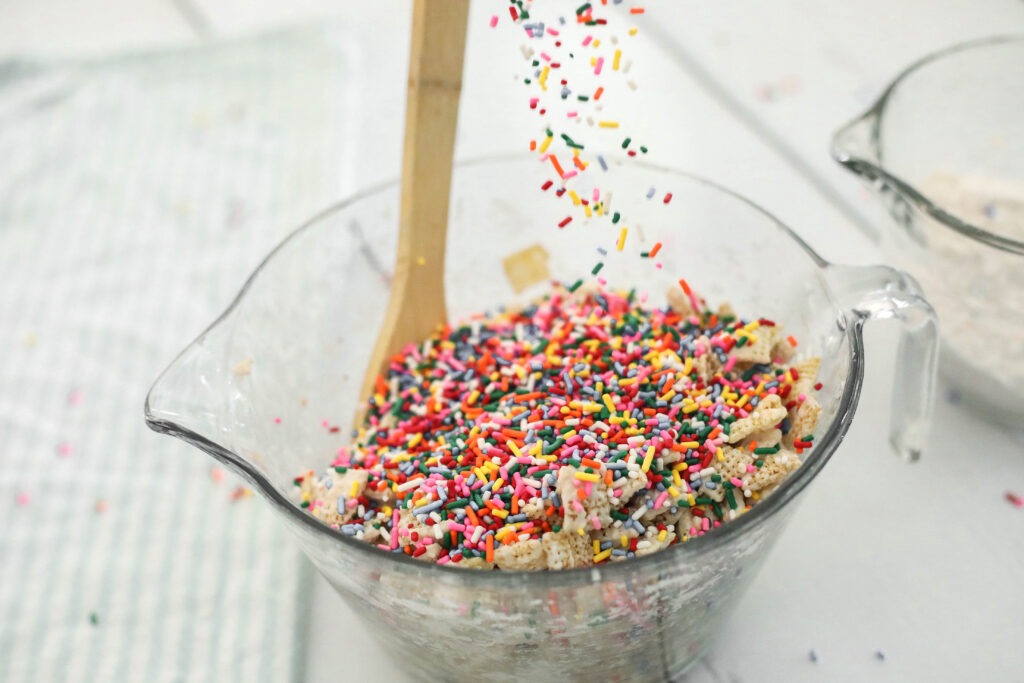 Once the Chex mix is coated, it’s time to add the fun part: the funfetti! Add the chex mix to a large zipper bag, then sprinkle in the funfetti cake mix, zip the bag, and start gently tossing around the bag. 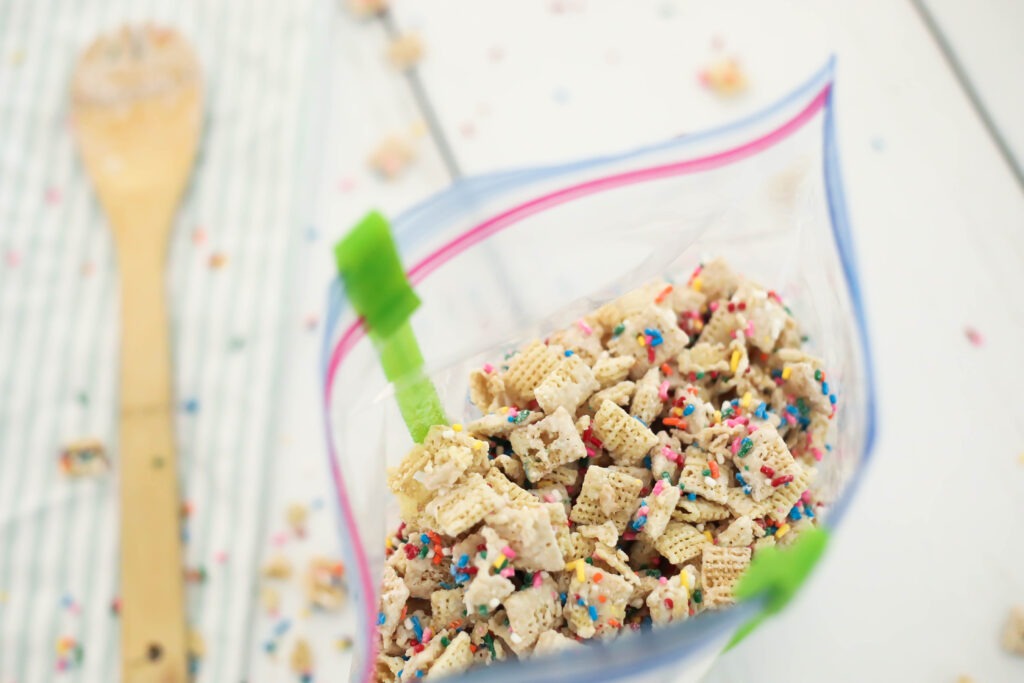 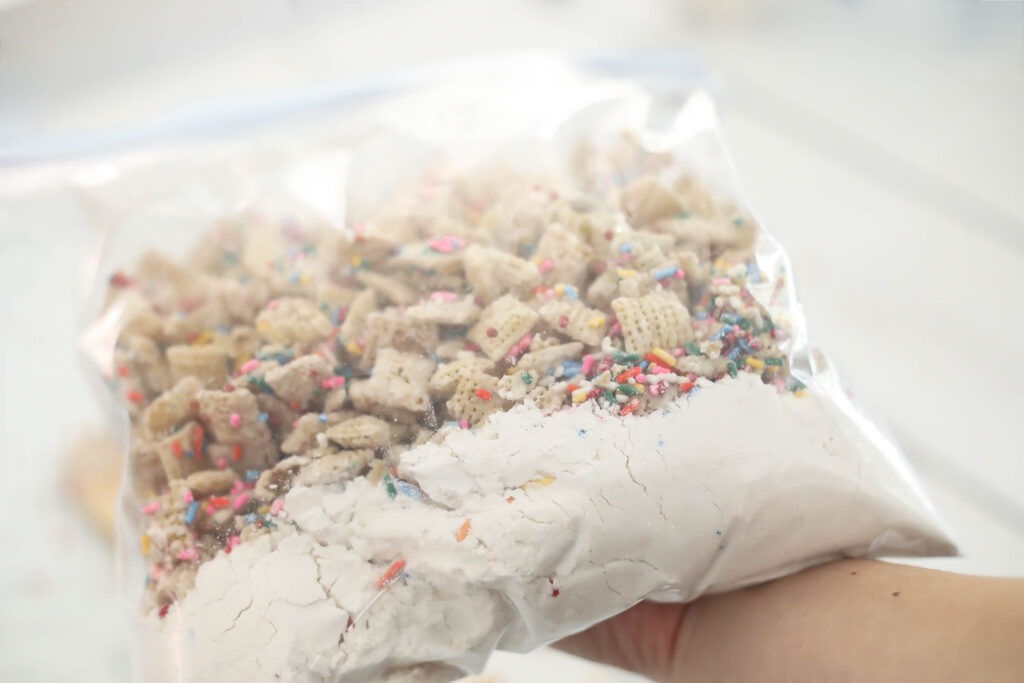 That is all there is to making funfetti chex mix! I like to store mine in the fridge, so that they are cold when eaten, but you can also store with a lid at room temperature for a few days. 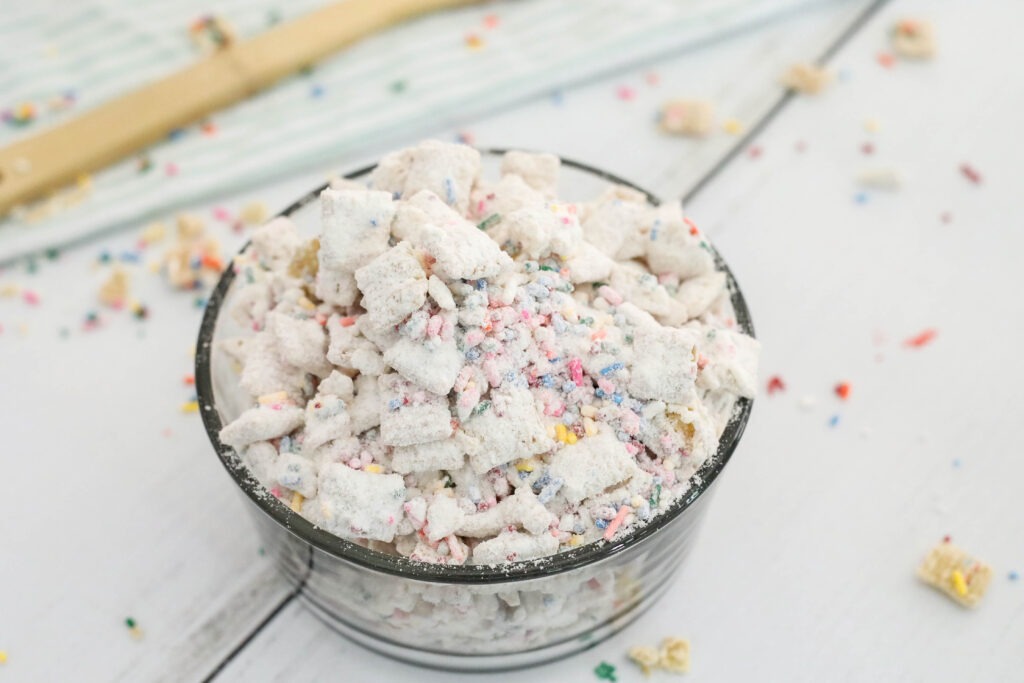 Be sure to print the recipe for funfetti Chex mix below and serve it at your next get together! 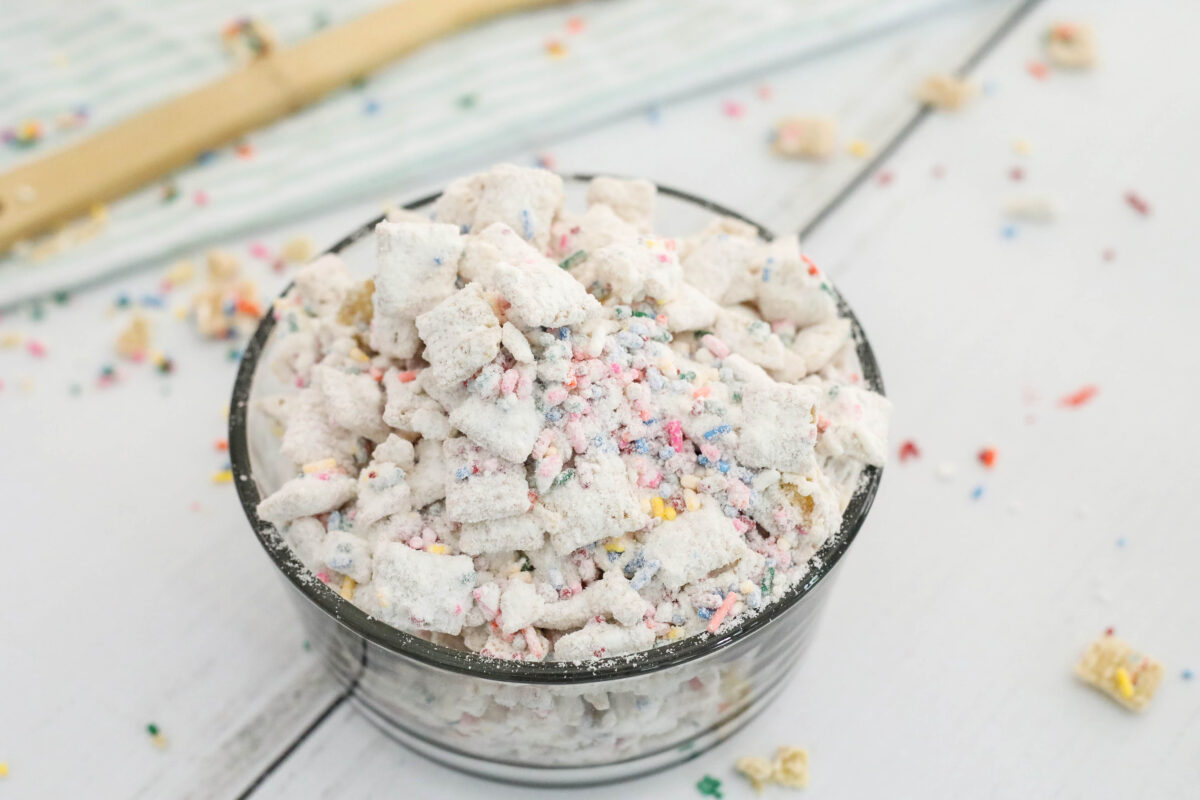 Also, check out these other fun dessert ideas:

11 Soups and Stews That Will Warm You Up
Next Post: 10 Keto Chicken Freezer Meal Ideas 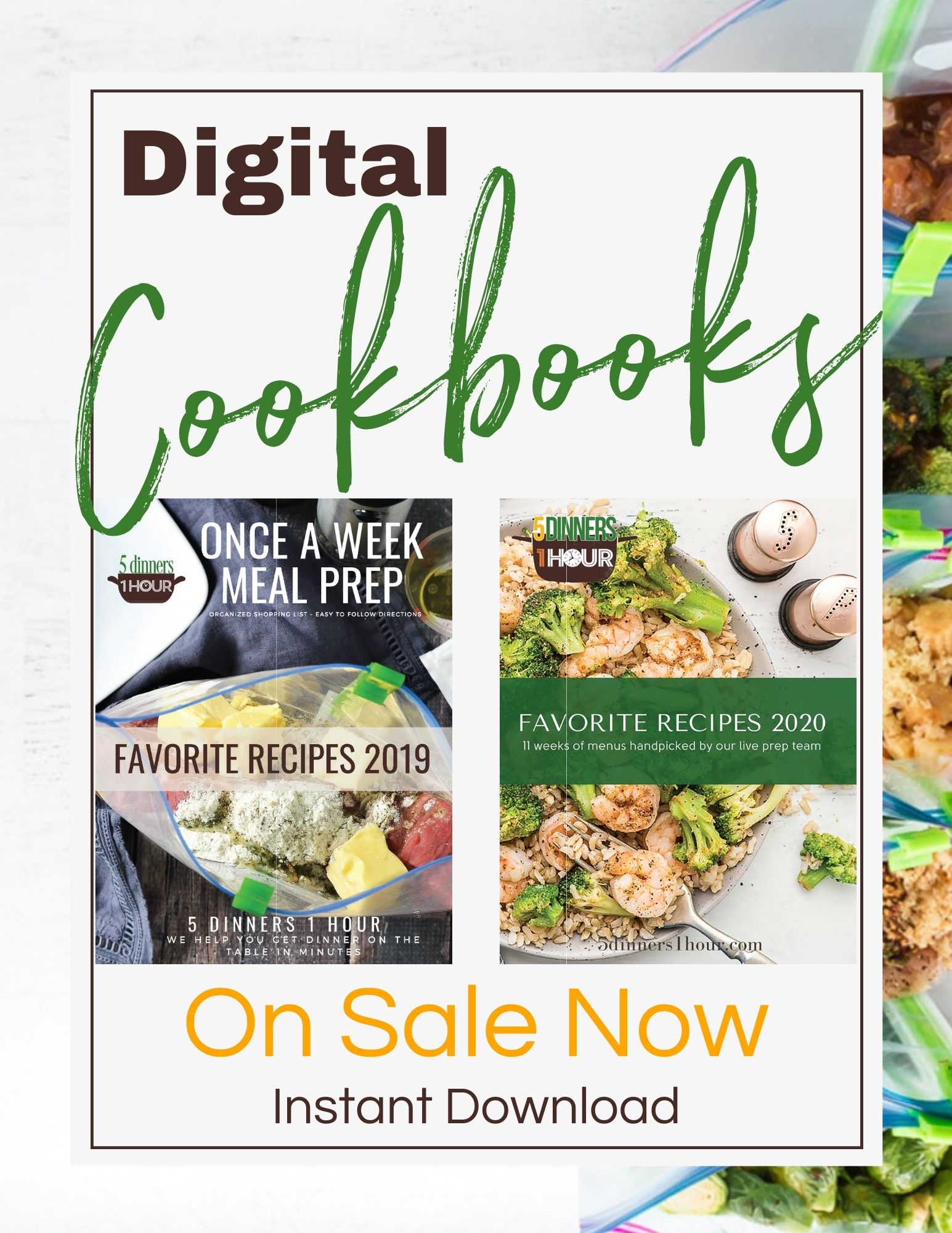